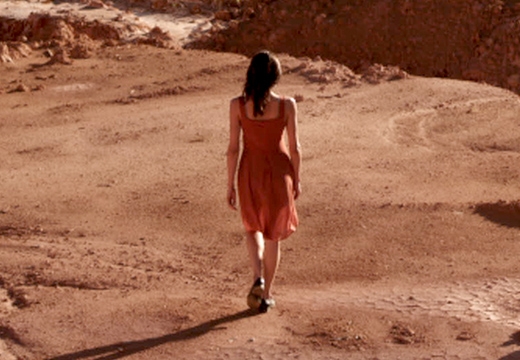 opening ceremony
The opening ceremony of the first edition of the Festival brings to the stage of CineSesc and to the audience of São Paulo three special moments. The first one is dedicated to the arise of the Festival with its purpose to present the diversity of the recent production of filmmakers from Brazil and from all over the world, creating space for the debate on gender equality in Brazilian audiovisual sector. The second moment brings a celebration of the talent of the actress, singer and activist Zezé Motta, the great honoree of this first edition. Finally, a special opening session presents What Language Do You Speak?, first film directed by Elisa Bracher. The documentary goes through Brazil, India and England, and tells us about the current migratory movement in the world.
Read more about Zezé Motta and Que Língua Você Fala?

national competitive  screening
The curatorial committee of the National Competitive Screening of the FIM’s first edition chose six works which bring a sample of brazilian ethnic, geographical, social and poetic diversity. Those movies transpose multiple universes to the screens: the slam poetry scene in big cities like São Paulo or New York; topographic changes imposed on Rio de Janeiro; the friendship between two women of a community in Belo Horizonte; a bad hijacking plan; the rescue of the first Brazilian film studio by its founder’s daughter; or the writer Dalcídio Jurandir, who presents Marajó, the biggest sea-river island in the world, through his story. The proposals creatively address the reality of the country, with the conceptual signature of its filmmakers: Betse de Paula, Juliana Antunes, Julia Rezende, Letícia Simões, Roberta Estrela D`Alva, Sinai Sganzerla and Tatiana Lohmann.
Know the films

international competitive  screenings
Born in such different places as Argentina, Portugal, Mexico, France, Switzerland and Japan, influential foreign filmmakers in the international audiovisual scenario bring projections of their subjectivities and surroundings to the Festival. Considering the relevance of their directors, the curatorial committee has selected the six films that compose the international competition: the Portuguese economic crisis affecting the daily life of a family, the blindness that unites a photographer and an audio description screenwriter, the death of a husband leading a Brazilian woman to madness, a young man who confesses the murder of his parents to his literature teacher, children who unite in a treasure hunt in Mexico and the daily hardships of a young French woman.
Know the films

fight like a woman
Since the digital revolution, women`s power of expression, and their forms of action and activism have gained new forms, scope and power of transformation. Because of its range and impact, cinema is a privileged vehicle for these manifestations. Fight Like a Woman presents multiple ways of resistance through the lens of talents like Alice Riff, Amanda Kamanchek, Bia Lessa, Eliane Caffé, Fernanda Frazão, Lívia Perez, Mônica Simões and Susanna Lira. These myriads of possibilities of political, social and affective resistance were seeds to these filmmakers’ cinematographic singularities and their now shared struggles.
Know the films

the fire that doesn’t go out

For many people, the relationship with cinema is an endless love story. A fire that never goes out. The curators gathered, in a single exhibition, directors who had already produced featured works that subverted and still subvert the male and white hegemony of cinematographic industry long before feminist activism in cinema reached worldwide agenda: Adélia Sampaio, Beth Formaggini, Helena Ignez, Helena Solberg, Lúcia Murat e Paula Gaitán. The narratives presented go deep both into matters of the woman`s universe – raising issues like abortion and female homosexuality - and search for the common substrate of human sensibility.
Know the films

closing event - for the end of gender inequality in audiovisual
The closing event of the first edition of FIM - Women`s International Film Festival will feature the awards of the films chosen by audiences of both National and International Competitive screenings, whose directors will receive R$15,000. The Festival is supported by Avon through FAMA - Avon Fund for Women in Audiovisual and focuses on the empowerment of women in the Brazilian audiovisual sector by investing in training, production and diffusion projects. The final session brings the director Monique Gardenberg to present Paraíso Perdido (2017), contemplated by the pilot edition of FAMA in 2017, which also awarded the feature films Diálogos com Ruth de Souza, by Juliana Vicente, and Pedro, by Laís Bodanzky, both in production. On the occasion, the projects of feature film contemplated by FAMA edition 2018 will be announced in the presence of the directors.
Read more about Monique Gardenberg